The following are some of the signs you should look out for:

This is a condition that weakens the heart muscle. It is characterized by a by a thickened heart and dilation of the chambers. Stiffening of the heart muscles also occurs. Cardiomyopathy exhibits no early symptoms hence can only be detected when more advanced.

Complications include pulmonary edema and pleural effusion. Pulmonary edema is brought about when water accumulates in the lungs or chest cavity. Your dog will experience labored breathing or fast breathing. These are some of the red flags you will notice. Also if your dog shows a reduced interest in exercise activities, have it checked out for cardiomyopathy.

Another common health condition that can affect a Jack Russell Terriers is Lens Luxation. It is an inherited disease that can affect either eyes or just one. It is characterized by dislocation of the lens.

In some cases, dog owners hardly ever notice the condition in its early stages. At this point the lens is only partially dislocated. But once full dislocation occurs, the dog experiences pain and the eyes become opaque or have a reddish hue.

Immediate medical attention can eliminate the possibility of blindness. Lens luxation mostly develops in older age. Always be on the lookout for any changes in your dog’s eyes. Visit a vet immediately should you notice a change in color to discuss the possibilities of a lens disorder.

Hydrocephaly is a brain disease that can pose great health risks to a Jack Russell Terrier. It involves the accumulation of fluid in the brain.
At the moment there is no known cure for hydrocephaly. However research for finding a cure is still ongoing. The kindest option available for dogs suffering from the condition is euthanasia.

It is advisable to look into other possible diagnoses for the symptoms exhibited might be as well characteristics of other treatable neurological disorders.

Von Willebrands Disease is an inherited bleeding disorder caused by abnormal platelet function. You can notice it if your dog is cut and the bleeding is excessive despite of the cut being not too deep. Bleeding gums, blood in urine and constant nosebleeds are also other symptoms to watch out for.

Von Willebrands Disease has no cure. The most you can do is discouraging and protecting your Jack Russell Terriers from any rough fights with other creatures. Also have your vet suggest ways of reducing the excessive bleeding that may occur during surgery; should your dog be faced with the need of undergoing the procedure.

During birth, the fetal vessels located between the pulmonary artery and the aorta might fail to close. This normally results into a number of cardiovascular complications. Sudden death is the first sign of the disorder in rare cases.

The disease can be easily detected during a routine checkup. Signs to look for include an unusual heart sound and your dog appearing weaker than how it is supposed to be.

Patent ductus arteriosus should be identified in its early stages. A timely diagnosis is necessary in order for a successful surgery to take place. This might not be the case in older dogs. 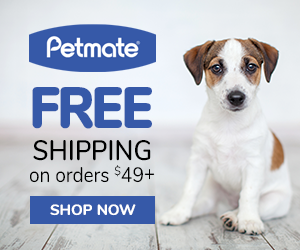